Going down in flames: Self-immolation in China, Tibet and India

Over the last twenty years, Tibetan protest against Chinese rule has transformed markedly, shifting in particular from the monastic protests by inmates of the great monasteries of Lhasa and Central Tibet to popular protest throughout the region and in particular throughout the Eastern Tibetan regions of Kham and Amdo, outside what is administratively called the Tibetan Autonomous Region. In the last three years in particular, the wide-scale protests and riots of Spring 2008 have been followed by a growing lineage of personal self-immolations, increasingly attended by the writing of personal testaments, the moral authority of which is gaining rapid ground both in Tibetan regions and amongst Tibetan exiles in India. These testaments call both for Tibetan independence and the return of the Dalai Lama, and for Tibetans across the region to come together in patriotic unity. Self-immolation is very much a novelty in Tibet, and it’s place in the established post-1970s discourse of non-violence set up in exile by the Dalai Lama has led it to have a powerfully contested quality, with the Tibetan Government-in-Exile discouraging its use as ‘extreme’ (especially when carried out in democratic states like India, where several have also occurred) while celebrating the heroism of self-immolators themselves; by contrast, groups such as the Tibetan Youth Congress argue for the universal applicability of such protests because of a world political order, whether democratic or not, that colludes in the destruction of Tibetan culture and language within Tibet. This presentation for the South Asian Anthropologist’s Group’s 2012 workshop in Edinburgh is primarily an augmented briefing paper written for the Scottish Parliament’s Cross Party Group on Tibet in summer 2012, which describes for parliamentarians the basic features of the self-immolations as described above. It also has a short introduction discussing particular aspects of the process by which such papers get written, and the kinds of argument and discussion that get left out. 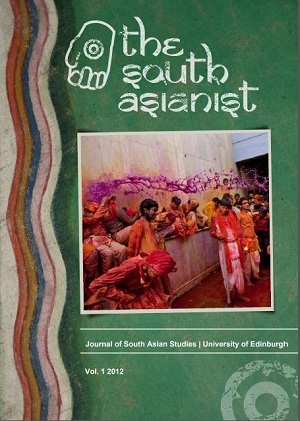 Published
04-Sep-2012
How to Cite
Mills, M. (2012). Going down in flames: Self-immolation in China, Tibet and India. The South Asianist Journal, 1(2). Retrieved from http://www.southasianist.ed.ac.uk/article/view/51
Download Citation
Issue
Vol 1 No 2 (2012): Persons, Bodies and the State in South Asia
Section
Session 4: Bodies in Protest