The compromised and ‘failing’ position of the Bahujan Samaj Party (BSP) and Republican Party of India, led one eminent commentator to urge Dalit activists and scholars to “look south because Tamil Nadu may offer some important lessons” for Dalit politics (Omvedt 2003: xvii-xviii). Tamil Nadu is indeed an interesting case study because it is one of the more developed states within India and has a long history of anti-caste politics and legislation. Despite this, it remains one of the more caste-divided regions as well. Autonomous mobilisation by Dalit groups coincided with an increase in casteist violence designed to keep the Dalits in a subordinate position (Gorringe 2006). It is only in the past decade, therefore, that Dalit parties have achieved sufficient credibility to forge alliances with established parties (Wyatt 2009). No Dalit party has been able to emulate the success of the BSP in electoral terms, but the political context here is very different (Omvedt 2003). The primary aim of Dalit parties in Tamil Nadu, rather, has been to strip ‘Dalit voters away from Dravidian parties’ (Roberts 2010: 18).

Omvedt’s opinion comes in a book of speeches by the Tamil Dalit leader Thirumavalavan and she argues that the passion and vibrancy that characterised initial BSP mobilisation are captured in the fiery speeches and grass-roots mobilisation of Thirumavalavan and the Viduthalai Ciruthaigal Katchi (VCK – Liberation Panther Party) – the largest Dalit movement in Tamil Nadu. Roberts (2010) concurs with Omvedt’s assessment and argues that the Tamil Dalit movement has a wider social and political significance that extends beyond the state. In the past few years the VCK have cemented their alliance with the Dravida Munnetra Kazhagham (Dravidian Progressive Federation – DMK), one of the two main political parties in the state, and have gained entry to the political mainstream.

On one hand, commentators suggest that the VCK offer a different, Dalit, way of doing politics rather than mimicking the established parties and point to welfare concessions that they have secured since allying with the DMK. Conversely, there is a widespread sense that the VCK are in danger of emulating other institutionalised movements by losing their radicalism and alienating their supporters. There are widespread allegations of corruption and profiteering, including numerous stories of VCK activists acting as brokers or middlemen in caste disputes for monetary gain.

This interview was conducted as part of a research project, focused primarily on Dalit voters and activists in and around Madurai in order to understand how political subjectivities, ideas of citizenship, and perceptions of social exclusion have been reshaped by the entry of autonomous Dalit parties into the political mainstream. It is trying to understand whether and/or how the demands and critiques of Dalit movements have been integrated into the political behaviour of Dalit citizens and also the extent to which such ideas have informed the wider political sphere. Whilst interviews with Thirumavalavan frequently feature in Tamil magazines, it is much less common for those in secondary leadership positions to be able to articulate their positions. This interview with one of the leading Dalit intellectuals in the party offers a frank and reflexive account of the trials and tribulations of Dalit politics in Tamil Nadu.

We invite feedback relating to this special interview, which may be communicated through the comment features of this online journal (registered users), or by directly contacting the author/contributors: 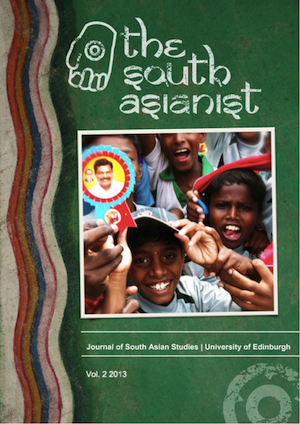