Criminal networks and governance: a study of Lyari Karachi

Karachi, the mega city and the commercial hub of Pakistan, has become one of the most dangerous cities of the world in past few decades. This paper uses Lyari, a violent neighborhood in Karachi, as a case study to explore the underlying causes of conflict. The paper builds the argument that political management of crime has created spaces for the criminals to extend their criminal networks. Through connections with state officials and civic leaders, they appropriate state power and social capital that make their ongoing criminal activities possible. I present a genealogical analysis of politico-criminal relationships in Lyari and then examine the interactions of the criminals with the society through qualitative field research. The article also demonstrates how such criminals develop parallel governance systems that transcend state authority, use violence to impose order and work with civic leaders to establish their legitimacy. It is argued that these 'sub-national conflicts' have not only restrained the authority of the government, but also curtailed accountability mechanisms that rein in political management of crime.

Hasan, Arif. "The political and institutional blockages to Good Governance: The Case of Lyari Expressway in Karachi ." Environment and Urbanization 17, no. 2 (Oct 2006): 127-141. 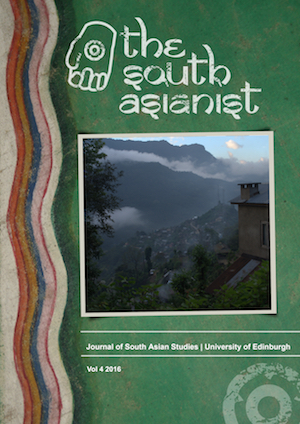