Fire and Rain, The Tramp and The Trickster: romance and the family in the early films of Raj Kapoor

Ranbir Raj Kapoor (1924-1988) is one of the greatest figures of Hindi cinema. His career of over forty years brought him major fame in India and overseas as star, director and producer. Championed by Nehru, an international star long before talk of global Bollywood, Raj Kapoor and his films were loved across the USSR and the whole of Asia. RK’s early films are formative to his own long career and he revisits many of their themes in later years but they are also foundational to the Indian cinema itself. The melodrama, whose origins lie in nineteenth-century European fiction and theatre, follow a well-known path through nineteenth-century theatre into Indian cinema (Vasudevan 2010). RK’s films are remembered today for their spectacle of song and dance, his blend of romance, sexuality and spirituality, which created a language for the expression of emotion, set against a backdrop of modern, independent India and its contemporary social concerns. This article looks at the early work of RK in the decade from his directorial debut, Aag to his classic Shree 420, concentrating on the four films he produced and directed, co-starring one of the greatest stars of the 1950s, Nargis. These are Aag/Fire, Barsaat/Rain, Awaara/The Tramp and Shree 420/The Trickster.  During this period the pair made 19 films together as they both worked with other directors and producers, separately and together, but these four films form a coherent group which defined RK as a film maker and changed Hindi film forever. 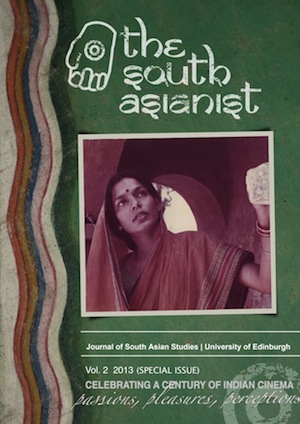 Published
05-Dec-2013
How to Cite
Dwyer, R. (2013). Fire and Rain, The Tramp and The Trickster: romance and the family in the early films of Raj Kapoor. The South Asianist Journal, 2(3). Retrieved from http://www.southasianist.ed.ac.uk/article/view/697
Download Citation
Issue
Vol 2 No 3 (2013): Celebrating a Century of Indian Cinema: Passions, Pleasures & Perceptions
Section
Articles