The Konyak Nagas: a socio-cultural profile - By Ashim Roy

Ashim Roy’s The KonyakNagas: a socio-cultural profile is a significant study that merits wider circulation among readers and scholars alike – particularly those interested in the kingdoms and nations of the Naga-inhabited areas of Northeast India and Burma. It is, however, in dire need of a preface. Though Roy is meticulous in detailing practices and rituals related to food, war, tattooing, funerals, marriage, and the politics and policies of the numerous Konyak kingdoms as they were in the late 1940’s, he is not so concerned with situating his work within the historical parameters that ultimately give the work its greatest value. For one, Roy comes closer than anyone in demythologising the social, moral, and religious underpinnings of Naga headhunting (or head-taking as some prefer). During his (and his companion Johnny’s) month-long excursion into the northernmost corner of present-day Nagaland, he all but witnesses the last major headhunting raid in greater Assam’s history– that of the village of Anghphang in present-day Mon district, Nagaland. In this 1949 raid, roughly eleven neighbouring villages joined together and attacked Angphang village, wiping out the entire population (around three hundred people). 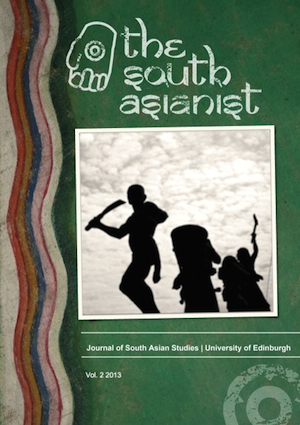