Tales of the tribes: Pardhan Gond adoption of new media

Documentation of tribal culture suspends it in time confining it to archives. This view of stagnation is resented by the indigenous communities themselves, who feel that they should be allowed to develop and express themselves in modern forms. Edwards (1997) writes that “authenticity does not reside in a past that is unchanging, lacking any internal dynamic.” The Pardhan Gonds are a clan of the large Gond tribe inhabiting Central India. They traditionally served the larger tribal community as musicians, bardic priests and keepers of genealogies and sacred myths. With declining support for their traditional role Pardhan Gonds have adapted their oral traditions for the visual medium has already been adapted from auspicious designs on the walls and floors of mud huts for acrylic paintings on canvas, pen and ink drawings, silkscreen prints and large scale murals. In 2006 Gond art and storytelling entered the medium of animation in The Tallest Story Competition, a collection of animated tribal folktales from Central India produced by a Scottish based Animation Company. The Gond film Best of the Best was the most popular film in the series and the following year Pardhan Gond artist Venkat Raman Singh Shyam was invited to visit Scotland to receive a Trophy at the Inverness Film Festival for the film.  Since then, several Gond artists have travelled abroad for exhibitions and Pardhan Gond painting has gained popularity in the mainstream art market. With decline in interest in oral storytelling traditions, storytelling through the animation medium may be a way of reigniting interest in culture amongst the young generation of Pardhan Gonds.

Singer, B., R. 2001. Wiping the War Paint off the Lens, Native American Film and Video, USA: University of Minnesota. 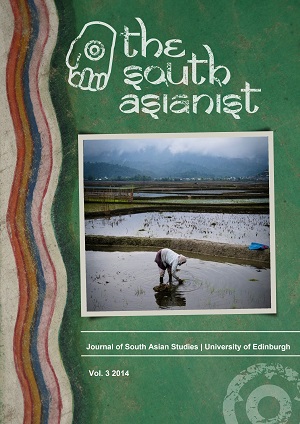